Are You Looking for something to Read? You've come to the right place.

Books reviewed are generally Science Fiction, Mystery/Suspense, fiction and non-fiction books about Paris, Art and artists, some literary titles, books on writing basics, and selected fantasy or paranormal books that appeal. Some are review copies, some are library finds. All are from my TBR stack, real and virtual.

My book reviews are in Newest to Oldest order.
Links go to my review posts.

A Charlie Madison Detective Story about kidnapping and a girl who is more than she seems. . . 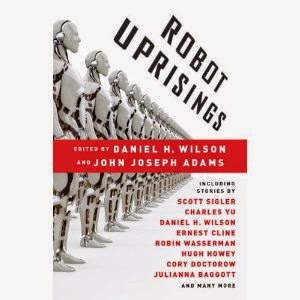 AI - Artificial Intelligence. Robots. Can they be trusted?

Including authors Cory Doctorow, Hugh Howey, Jeff Abbott, Ernest Cline, John McCarthy, and more, Robot Uprisings contains new stories based on a common theme. Open your awareness to the possibilities and the dangers that we imagine if we share our world with an entity that is manufactured, not born.

Officer Jim Chee's trailer is shot three times, but the shooter misses Jim. Who is trying to kill him? The stray cat he allowed to live under the juniper bush had warned him minutes before the shots rang out.

Native lore about 'skinwalkers' is woven into a suspense story set in the southwestern US. (It's difficult to find the killer when the killer is looking for you.)

Her Bones are in the Badlands
by Roland Yeomans

A movie on location in the Badlands will see it's usual expectations shelved when an evil that lurks unseen is called. . . the air is charged with apprehension, all the actors are spooked. Something isn't quite right, but the guy in charge, Durand / McCord, can't determine what is after them. This will appeal to those who like the old movie sets, and early Hollywood stories, but this isn't your usual movie set. . .

The Penelopiad
by Margaret Atwood

The Myth of Penelope and Odysseus is well-known, but how did the lady feel about it? Waiting all that time. . .was she true, or did she have lovers? Rumors were rampant. It's a matter of viewpoint. For those who like mythology.

The Greater Journey, Americans in Paris
by David McCullough

Drawn like moths to light, Americans came to Paris to experience the culture and to learn in the city considered the most advanced of its time. Doctors, educators, artists, and writers came first, followed by more of their countrymen with each decade. Non-fiction. Highly recommended if you like Paris. . .

Death in the House of Life
by Roland Yeomans 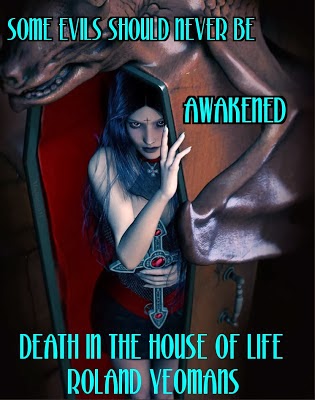 Something is hiding beneath the sand, a darkness, a ancient hunger for revenge. Meilori is looking for an object of power that she left hidden in the sand centuries ago. This story takes place at the beginning of the 20th century, when the world is changing in many ways. An excellent novel for those who enjoy reading about Egypt and its mysteries.

Hope you find something that stirs your interest. Thanks for stopping by.
For more reviews see Book Reviews 2013, and Reviews 2012 under tabs at top of blog page.