﻿
Have you been told there's a little too much telling in your novel? Want to remedy it? Then this is the book for you!

In Show & Tell in a Nutshell: Demonstrated Transitions from Telling to Showing you will find sixteen real scenes depicting a variety of situations, emotions, and characteristics which clearly demonstrate how to turn telling into showing. Dispersed throughout, and at the back of the book, are blank pages to take notes as you read. A few short writing prompts are also provided.

Not only is this pocket guide an excellent learning tool for aspiring writers, but it is a light, convenient, and easy solution to honing your craft no matter how broad your writing experience. Keep it in the side pocket of your school bag, throw it in your purse, or even carry it around in the pocket of your jeans or jacket, to enhance your skills, keep notes, and jot down story ideas, anywhere, anytime.

If you purchase the e-book, you will be armed with the convenient hyper-linked Contents Page, where you can toggle backward and forward from different scenes with ease. Use your e-reader's highlighting and note-taking tools to keep notes instead.

The author, Jessica Bell, also welcomes questions via email, concerning the content of this book, or about showing vs. telling in general, at showandtellinanutshell@gmail.com


“Jessica Bell addresses one of the most common yet elusive pieces of writing advice—show, don't tell—in a uniquely user-friendly and effective way: by example. By studying the sixteen scenes she converts from “telling” into “showing,” not only will you clearly understand the difference; you will be inspired by her vivid imagery and dialogue to pour through your drafts and do the same.” ~Jenny Baranick, College English Teacher, Author of Missed Periods and Other Grammar Scares

“A practical, no-nonsense resource that will help new and experienced writers alike deal with that dreaded piece of advice: show, don’t tell. I wish Bell’s book had been around when I started writing!” ~Talli Roland, bestselling author 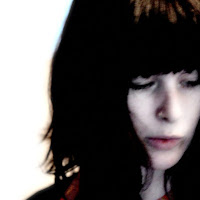 About the Author:
The Australian-native contemporary fiction author and poet, Jessica Bell, also makes a living as an editor and writer for global ELT publishers (English Language Teaching), such as Pearson Education, HarperCollins, Macmillan Education, Education First and Cengage Learning.

She is the Co-Publishing Editor of Vine Leaves Literary Journal, and co-hosts the Homeric Writers’ Retreat & Workshop on the Greek Isle of Ithaca, with Chuck Sambuchino of Writer’s Digest.

Email ThisBlogThis!Share to TwitterShare to FacebookShare to Pinterest
Labels: Show and Tell in a Nutshell by Jessica Bell, writing how-to, writing instruction

A View with a Window

A view needs a window to define it.  It's a point of reference.  Move ten degrees either way and the view changes.  Have a peek at these windows, and 'see what you can see'.


A window on old Paris
Here we could sit and listen to the sounds of the city.  Leaning out over the wrought iron railing, we could see the view four floors above street level, up and down the rue de Rivoli. This window is in an eighteenth century building in old Paris.  How many other people have looked out that same window at that same location, at another time in history?  (During the revolution, this was the way to the Bastille where the monument sits today, and the march of Napoleon entered along this route. )

Under the Pyramid at the Louvre
From outside in the daytime, you see a striking glass pyramid, but from beneath the pyramid, you view the fractured blue sky.  That's another wing of the Louvre Museum that's showing through the diamond shapes in the photo below.   On sunny days, the sun streams in, highlighting the lobby area beneath and warming the statues.

The Back Gardens at Versailles
Looking out at a view of the back gardens provided another diversion for the guests and residents at the Palace of Versailles. Large windows cooled the interiors of the huge palace galleries, and allowed light to fill the dark palace rooms.  Strolling on the roof and in the gardens was in vogue at the time.  This garden was extensive to provide amusement for the royalty and nobles living here.

Arched Windows, in the Hall of Mirrors
The photo below is a reflection in one of the mirrored walls.  Having mirrors in the long gallery make it seem wider than it is.  The gilt on the statues, the natural light from the windows, the chandeliers and the mirrors create a light airy effect.  It works.  Versailles can surprise the visitor, I'm glad it was restored.

Windows of Remembrance
Beautiful stained glass windows lighten the interiors of family tombs in Pere Lachaise Cemetery highlighting the fresh flowers placed there with care.  Some private tombs have limited access within for a quiet moment or prayers.

Would you like windows that you could customize to any virtual scene you  wanted, as many science fiction novels have speculated?   A sensory package for smells, sounds, etc. would need to be incorporated. I'm sure they would create an app for it.

Do you notice windows as a design element in architecture?  Windows can also play an important part in a story.  What do you think? Please share in the comments, and thanks for stopping by.

The Palace of Versailles
http://dghudson-rainwriting.blogspot.ca/2012/04/v-versailles-palace-to-z-challenge.html

Pere Lachaise Cemetery
http://dghudson.blogspot.ca/2012/01/paris-pere-lachaise-cemetery.html
Posted by D.G. Hudson at 8:43 AM