F = FAUVISM and Marc Chagall - A to Z Blog Challenge

A glimpse of the ART world, in the manner of an alphabetical mini-art tour. ART focuses on artists and art movements between the 1850's-1960's. There are exceptions.


Fauvism is the style of les Fauves (the wild beasts), a loose group of early twentieth-century Modern artists who emphasized painterly qualities over the realistic values of Impressionism. Painters of this style were Marc Chagall, Henri Matisse and Andre Derain. The paintings of the Fauves included wild brush work and strident colors, while keeping the subject matter simplified or abstract.

Marc Zakharovich Chagall, a Belarussian-Russian-French artist, came to Paris in 1910, at a time when Cubism was the dominant style. In Paris, he learned the technique of gouache** which he used to paint scenes from his homeland. He was adept in many mediums: painting, book illustrations, stained glass cathedral windows, stage sets, ceramics, tapestries and fine art prints.

Chagall's first recognition came not from the other painters, but from poets such as Blaise Cendrars and Guillaume Apollinaire. His work was linked to Cubism, Symbolism, Fauvism and Surrealism. The artist didn't want his work associated with any art movement; however, he considered his work a unique language of symbols.

Chagall's last work was a commissioned piece of art for the Rehabilitation Institute of Chicago (for disabled people of the world). The painting part of the design was completed, but Chagall died in 1985, before the tapestry part was finished.

**Gouache - a method of painting in opaque pigments ground in water and thickened with a gluey substance.

Do you recognize the name Mark Chagall? Do you like this style of painting, with its intricate detail and otherworldly color? What do you think of Fauvism? 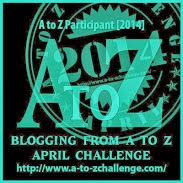 You must also include a United States public domain tag to indicate why this work is in the public domain in the United States. Note that a few countries have copyright terms longer than 70 years: Mexico has 100 years, Colombia has 80 years, and Guatemala and Samoa have 75 years, Russia has 74 years for some authors. This image may not be in the public domain in these countries, which moreover do not implement the rule of the shorter term. Côte d'Ivoire has a general copyright term of 99 years and Honduras has 75 years, but they do implement the rule of the shorter term

This image can have no independent copyright as it is simply a faithful reproduction of an old, public domain, two-dimensional work of art published outside the U.S. before 1923.