A talented writer, who was born on a distant island. . .


Philip Michael Ondaatje, Order of Canada, who was born September 12, 1943, is a Sri Lankan-born Canadian novelist and poet.  He won the Booker Prize for The English Patient (1992) which was turned into a movie. It won many film industry awards.

Born in Colombo, Sri Lanka (formerly called Ceylon), Michael moved to England in 1954. In 1962, he relocated to Canada, became a citizen and completed his education. On 11 July 1988, Ondaatje was made an Officer of the Order of Canada.

In 2005, he was honored with Sri Lanka Ratna, the highest honour given by the Government of Sri Lanka for foreign nationals.

Ondaatje's work includes fiction, autobiography, poetry and film.  He's published 13 books of poetry and the Governor General's Award for The Collected Works of Billy the Kid (1970) and There's a Trick with a Knife I'm Learning to Do: Poems 1973-1978 (1979). 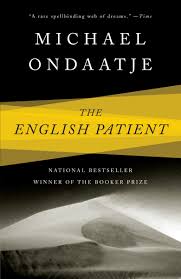 'The Collected Works of Billy the Kid', Coming through Slaughter, and Vivisadero have been adapted for the stage and produced in theatrical productions across North America and Europe.

NOTE: I have a signed copy of the following book, The Collected Works of Billy the Kid obtained as a gift for a book reading which included Ondaatje in Vancouver. The cover of my book is red and black, with a man on horseback. and says Winner of the Governor-General's Award.

Have you heard of Michael Ondaatje before this? Or read any of Ondaatje's books?

Please leave a comment to let me know you were here and I'll respond.

https://en.wikipedia.org/wiki/The_Collected_Works_of_Billy_the_Kid:_Left-Handed_Poems Wiki on 'Billie the Kid'